Day three of my 7-day Vegan challenge & I am not gonna lie…on my evening leisure walk to the local shopping center last nite, I felt completely assaulted by the scent filled breezes. As I approached the entrance-way to civilization….I noticed the smell of fried food in the air, the smell of tacos from “El Cerro Grande,” the smell of chicken from “Buffalo Wild Wings” & the smell of an almost salacious beef fantasy… piping thick chimney-like smoke out into the atmosphere via “Cookout.” Not fair! Not fair! Not fair to a Vegan, I say!

Let me try & help us all out a bit. I plan to continuously expand & grow within this realm, belief system, community, & conscious awareness. I will post links accordingly. It is circa 2017, there is way more availability & accessibility & affordability to this Vegan/Vegetarian lifestyle than ever, ever before, folks… in every city, town, state, community nationwide & worldwide.

In the City of the Cheese Steak, Vegans Feel at Home

Many cultures have actually been practicing these Vegan & Vegetarian principles, for not only decades but also centuries. The truth shall prevail! The Lion will indeed lay with the Lamb, & justice will be served. Which simply means that everybody will live peacefully together. I am fully aware that there will always be a natural food-chain in place with regard to the Animal Kingdom, for the purpose of population control & the harmony of the ecosystem. However, the senseless killing of creatures for greedy gain as opposed to survival or necessity, will in due time cease to exist. It is against Universal Law & producing mass karmic backlash for our collective human evolution & must be stopped for the sake of humanity if we are to protect & preserve our Race on Earth. With regard to the Lion/Lamb metaphor, the Bible quotes: “None will harm or destroy another on my entire holy mountain, for the land will be as full of the knowledge of the Lord as the sea is filled with water.” Isaiah 11:9 The knowledge will be Veganism, if you will. Get VEGUCATED!

Going Vegan solves so many world issues it’s ridiculous. If the world went Vegan, it would create an enormous chain reaction, in a variety of streams. On a grand scale, it is a perfect solution for world hunger. It is the most superior proactive form of environmental protection. Veganism can prevent & eliminate illnesses, diseases, the necessity for countless doctors, the overuse & addiction to endless chemicals & drugs, make the endangerment of any species obsolete…. & it will ultimately promote the Earth’s utmost preservation. If we all became Vegan today, we would change the game significantly. The word Significantly doesn’t even scratch the surface regarding the positive impact we would have on the dysfunctional interrelation of all things causing massive problems in our worldly system. We would reverse the probable demise of our Earth as we know it. We would essentially Save the Planet! We would be heroes. True heroes. You can choose to be a hero today! Get Vegucated! GoVegan now!

I am not “religious.” I do not believe in organized religion, even though I had once called myself “Christian” 20 years ago. I was studying Christianity & Church hopping while participating in the singing of praises part @ any service that had music. It was fun & interesting & was a phase I had to indeed travel through to get to where I am today. However, the Bible contains phrases that I do believe genuinely are relevant to the campaign for Universal peace & love that I practice & live today. Plus, Christians make up a huge percentage of the world. It’s nice to be able to refer to books & customary traditions or beliefs that people can relate to. My goal is to reach people on a Universal level, no matter age, race, religion, creed or culture. We are all human beings from Planet Earth. Period.

Muslims, Hindus, & the cultures of India are predominately Vegetarian/Vegan & have practiced belief systems that generally view all animals as sacred creatures to be honored not harmed or murdered. The Hare Krishnas practice “Krishna Consciousness” & are strictly Vegetarian.

When I was a street musician hippie chick back in the 90s traveling cross country, we used to get fed in every city via the Hare Krishna Temples.

They welcome everyone as long as you leave your shoes at the door, & observe their 45-minute spirit infused service. The experience is inviting & uplifting even if you don’t understand the language. It’s all about raising vibration there. The service is decked out in fresh flowers detailing ornate portraits of Blessed Deities, Lord Krishna, Hindu Gods & Goddesses. The beautiful beaded, jeweled, & gemmed stylings of this handcrafted luxurious temple for sacred worship…. are surely a sight for sore eyes. They dance, they sing, they speak in tongues it sounds like…& they praise the bounty & beauty of Krishna! The word Krishna means: “Energy of God.” The energy of God does not approve of the murder of animals.

The Hare Krishna Book of Vegetarian Cooking by Adiraja Dasa <this cookbook is probably one of the best Vegetarian cookbooks ever written. Let me tell you, the Hare Krishna’s “Sunday Feast” @ 5pm in every city nationwide, is hands down probably the BEST Vegetarian/Vegan cuisine you will ever taste in your life.

They are master chefs & bakers. 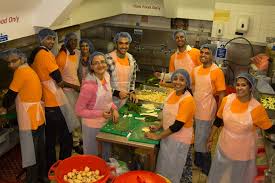 They have mastered the art of Vegan/Vegetarian cuisine. The finest preparations of meat & dairy dishes… pale in comparison to this scrumptious edible Food Art. Straight up. I myself have never tasted anything better. They feed 1000s of people weekly. They bring the food out in giant buckets & large sheet trays. It’s like a long buffet line that you can go through as many times as you want, & it’s like Christmas morning every time, I swear. 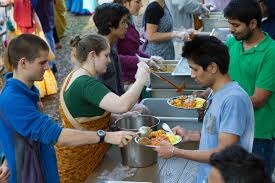 Every food item is spiced to perfection & half the time you have no idea what you are even eating….but you don’t care, cause that is how amazing it is! Honestly, I haven’t tasted better more enjoyable flavorful food since…& my last barefoot squat on a Krishna Temple floor was just over 20 years ago, now…

And the smell in there!!! INTOXICATING… If you weren’t hungry when you walked through the door, you WILL BE….you can bet on that. Not to mention, the kind of incense these people make… is definitely in a class of its own. Nowhere else can you find incense that smells this good. Believe me, I have tried.

“Delicious, traditional Vedic cuisine was part of the cultural legacy Krishna consciousness brought to Western shores. Eating, like everything else for Krishna devotees is a part of the complete spiritual experience of life.

Sunday sees the doors swung open and hundreds of friends-regulars as well as newcomers-joining in a festival of music, dance, and spiritual discussion and then sharing hearty plates of savories, veggie entrees, sweets, and nectar drinks. Come by on Sunday and relish the taste of the world’s oldest cultural tradition.”

The San Diego Hare Krishna community <Click here for a wonderful overview of the “SundayFeast.” 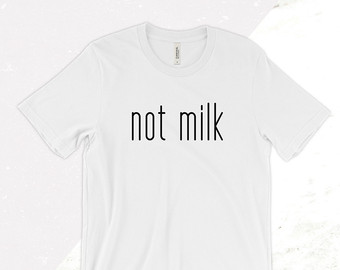 Lets talk MILK a second. Got Milk? Well, what I got is much more beneficial and… informative. Discretion is advised:

“We may call the cows who produce milk “mothers,” but they never actually get to be mothers because their babies are taken away from them after birth. And we certainly don’t treat them with the respect that mothers deserve. Cows and other factory-farmed female animals endure being raped repeatedly, and their babies are torn away from them before they’re all killed. Cows produce milk for the same reason that humans do: to nourish their young. In order to force them to produce as much milk as possible, farmers typically impregnate cows every year using a device that the industry calls a “rape rack.”

The very core of factory farming is breeding. Farmers exploit the female reproductive system to keep up a steady influx of new victims whom they can turn into “products” on supermarket shelves.

Cows are forcibly raped, and calves are deliberately orphaned to produce milk.” —-www.peta.org

Is Your Food a Product of Rape? <Click Here to find out.

Without the deliberate and systemic violation of female bodies, the animal agriculture industry would crumble. That includes ALL ANIMALS that are being forced to produce eggs, babies, or milk for human consumption that are in fact raped & forced to breed & reproduce unnaturally. The Animal Product Industry is not just killing animals, but torturing them. This is UNACCEPTABLE & these deplorable inhumane people should INDEFINITELY BE PROSECUTED IN A COURT OF LAW>

There is no excuse for the daily hidden multi-billion dollar motivated flagrant disrespect & dishonoring of animals. It’s not something I believe should be taken lightly. The next time you are roaming down The Dead Animal Isle or the milk, butter, eggs, ice cream, cheese & yogurt Isle of Shame…make sure you see this picture in your mind before you make a contribution to the greedy Animal Terrorists. 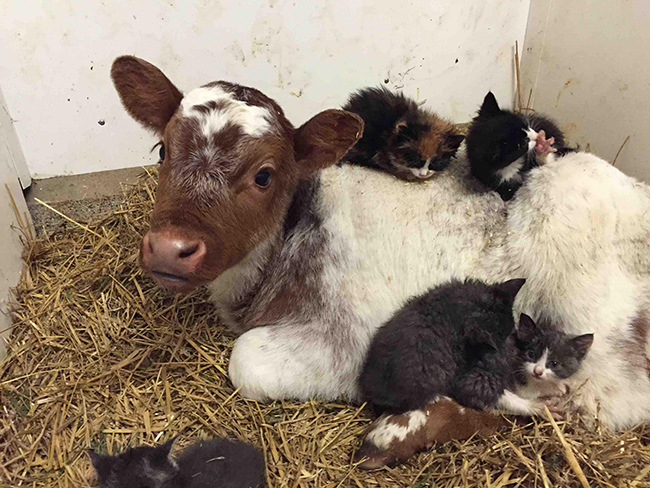 Cows wanna be Moms too. They deserve to bond with their young, raise them & nurture them just like us. They are smart, loving, sweet creatures that are more than suitable pet alternatives. They shouldn’t be treated like a commodity or object only for the purpose of material gain. They are living breathing creatures with a heart beat. So why should their precious lives be assaulted & exploited? It’s not morally correct or humane. Period. End of story.

Vegan Blog: A spiritual way with animals and nature, fostering deep peace for all species

Order Your FREE Vegan Starter Kit! <Complimenmts of PETA (People for the ethical treatment of animals) 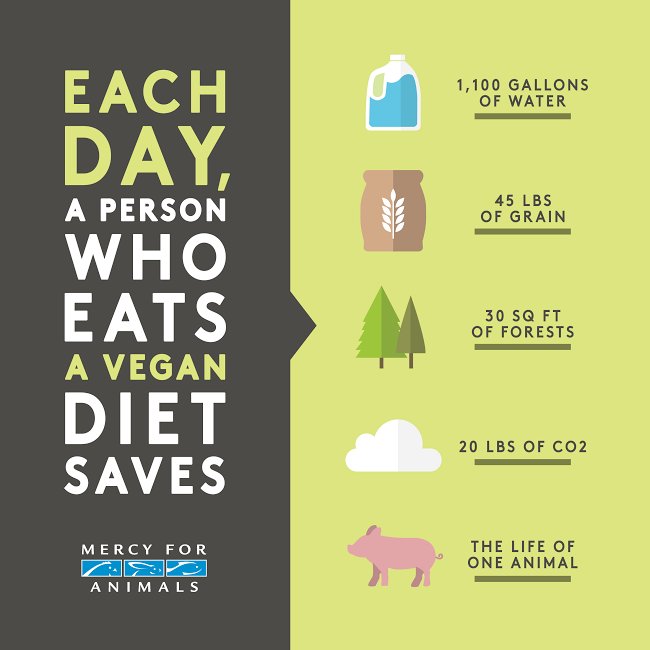 To click FOLLOW, either scroll all the way down if on a cellular device, or to the right of the page on a desktop view.

All platforms spotlighting the magic:

Raise the bar: TAP THESE

The Reality of Recovery